If you read my announcement post or you are already running GNOME 3.24, you probably already know that there is a new Printers panel in GNOME Control Center. The new design is part of a big effort to modernize the Settings user interface.

After the 3.24 release we were able to gather more feedback from our users and, this way, cook up some improvements/enhancements to better suit their use-cases.

The main concern raised after the release was the discoverability of a printer in the list of printers. To tackle these issues we introduced two new features:

Another must-have feature that the printers panel never had and now is merged is the ability to undo a deletion of a printer.

Some users found it irrelevant to show the ink level bar when there’s no ink information to show, in doing so, we decided to hide it entirely for these cases.

In conclusion, it is worth mentioning that “Software is Never Done“. This is an evolving work which depends on various factors, including your feedback. Please, report bugs, suggest enhancements, and write patches, to make our desktop always better. 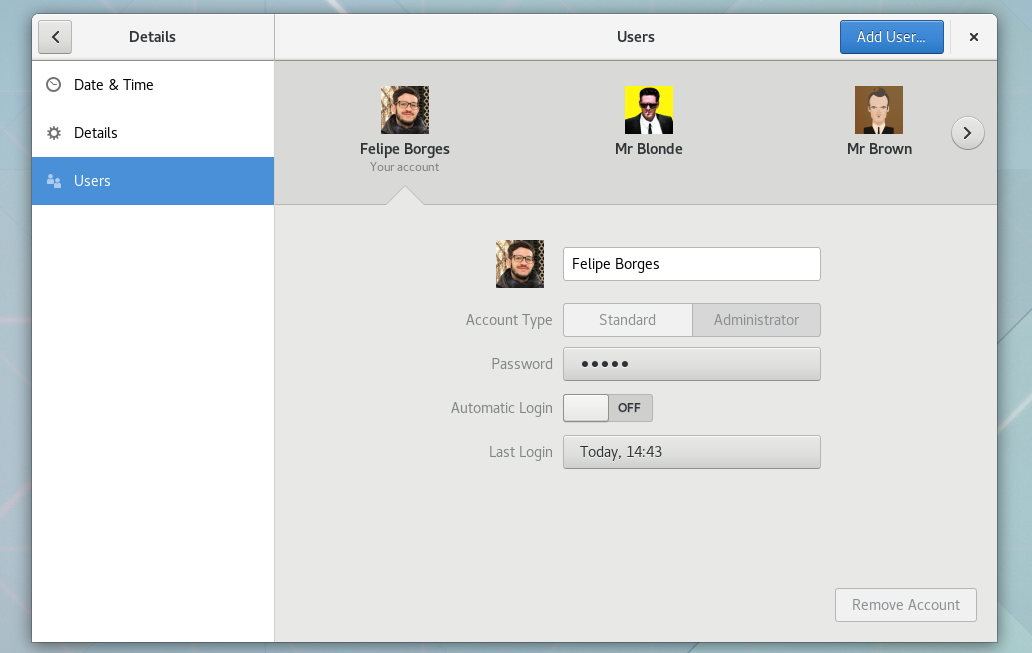 The GNOME Control Center redesign goes on. This release we are happy to announce the new Users Panel design. As you can see in the preview video below, we are moving away from a two column panel into a single page concept. These changes make the panel way clearer specially with the new shell.

In terms of user interface/experience, the Carousel is the main star of the new Users panel. It presents the system users, alphabetically sorted, three at the time. Its pagination allows browsing through the user list. The arrow indicates the selected item.

The Users panel now joins the Keyboard, Printers, and Mouse, as the new Settings experience. We plan to switch to the new Shell in the very next cycle. Stay tuned!

GNOME Control Center is getting a new design in the near future, but firstly we need to port the panels to match the new concept. Thus I have been working on the new Mouse & Touchpad panel.

The Test Your Settings dialog is now presented within the control-center window.

What’s interesting about this concept — besides of the fresh and minimalist look & feel — is that it only shows relevant settings to you. So, for instance, it won’t have a Touchpad section if you don’t have a supported touchpad device, and so on…

Some of you might miss the double-click delay setting that used to belong to the Mouse & Touchpad panel. Don’t worry, it is now part of the Universal Access panel.

This changes are already on master and will be included in our next release, GNOME 3.20.

After that I will be tackling the Keyboards panel. The goal is to have all panels ready for the new Control Center shell. 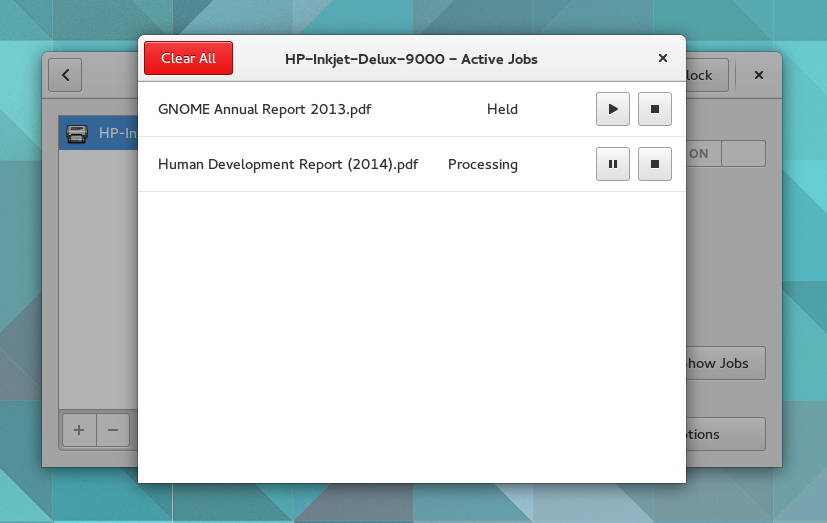 In my first week at Red Hat I started working on the Printers panel on GNOME Control Center. My first task was to rewrite the printer Jobs dialog to match the newest mockups at https://wiki.gnome.org/Design/SystemSettings/Printers

Talk is cheap, so look at the screencast below:

ps.: since it is a big UI change and we’re close to a release, this new design will probably feature gnome 3.20.